Australian FOREX Forecast for 2022: What May the New Year Hold?

The turn of a year is always a time for reflection and speculation in equal measure. When it comes to the Australian Dollar, and what changes it could face on the FOREX market, there is much to think about.

2021 was a mixed year for the Aussie Dollar, dropping from the previous year overall. Although for most of the year it showed a consistently positive trend against the US Dollar, it still suffered sporadic periods of loss during certain periods. 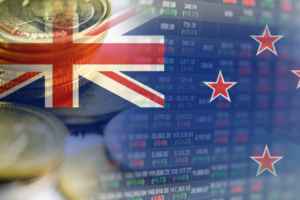 In particular, November to December was a period that saw a decline for the AUD. It dropped then got stuck in a range-bound of 72 and 75 Cents on the US Dollar. Going into 2022, the US remains one of the biggest influences on the Australian Foreign Exchange, and each future is tied closely to the other.

Here are some of the predictions made about the Australian Dollar in 2022 and how the US market could impact the overall value in the next few months.

What Is the Expectation for 2022 with the Australian Dollar?

We are still living in uncertain times- a fact that is represented in the global economy. Fluctuating value has plagued many FOREX currencies, including the AUD. The pandemic has changed the face of many industries, and Australia’s markets have felt the undeniable effects.

That said, there are mixed feelings about how things may shape up in the first quarter of the new year. Some believe that things are poised to change direction, while others predict further struggles tied to the US market.

If we look at the yearly trends throughout 2021 as a whole, there is evidence of positive growth against the US Dollar, so there is reason to believe this could continue going forward. Much of it depends on the success of the US Government’s latest financial initiatives.

Other good news for Australia is the limited changes to inflation. As it stands, the US inflation rate has been reasonably stable, considering the significant fluctuation throughout the last year.

In addition, the positive difference in borrowing costs between Australia and the United States (respectively) could be seen as a potentially positive indicator for AUD growth. This is due to the influx of international income flowing through the local economy, boosting the worth of Australian assets.

That said, there is evidence to suggest that this difference in borrowing cost between each nation is not substantial enough to support a definitive conclusion regarding AUD growth in 2022.

The US dollar has always played heavily on the value of Australian currency, and that is unlikely to change any time soon. No economy has benefited more from COVID-19 than the US. Usually, a strong US Dollar equals a falling Aussie Dollar.

Biden’s administration is set to push the growth advantage they launched in 2021 through further fiscal stimulus. Combined with the strong inflation rates coming out of the pandemic, Australia’s currency value has a formidable opponent.

One last potential obstacle facing the Australian Dollar’s value on the Foreign Exchange this year is the predicted rise in US interest. Unemployment rates are significantly lower in the states than in Australia, and wages have seen a much better increase. Canberra’s plans for mass immigration are almost certain to hurt the country’s wage rates even further.

In reality, no concrete assumptions can be made as to how the AUD will perform against other central global currencies during 2022. However, taking the 2021 AUD performance as a key indicator, we have shown that the expected outcome in 2022 may not be quite as grave as suggested by some.

Indeed, sporadic periods of decline in 2021 (for example, during the festive period) have caused some negative speculation surrounding the Australian currency’s short-term future performance. In addition, the continuing economic uncertainty caused by the COVID-19 pandemic only fuels this pessimism towards economic growth in general. The overall increase in value of the Australian dollar throughout 2021 was positive when considered against the USD.

To summarize, 2022 could go either way for the AUD on the Foreign Exchange. As always, what happens in the US is sure to directly impact the movement. Watch this space…